By David Fiorazo on July 21, 2015 in Uncategorized

[UPDATED 7/28/15] The selling of aborted baby body parts has been going on for years, but has only recently been exposed. If this is not evidence enough our consciences have been seared, I’m not sure what else it will take to wake people up. There is a cost to our silence, and we are seeing manifestations of virtually unchecked evil throughout our culture.

Are we in denial? Are we too busy to do anything, too distracted to notice, or too complacent to care about the avalanche of immorality permeating our nation? Perhaps some of us – thinking we cannot do anything about it – simply choose to look the other way.

Tuesday, the Center for Medical Progress unveiled their third shocking video detailing the sale of baby parts from aborted fetuses on behalf of Planned Parenthood. This video details an on camera interview from whistle-blower Holly O’Donnell, a phlebotomist and “procurement technician” at StemExpress.

O’Donnell identified and harvested fetal body parts from pregnant women meeting criteria for specific orders at Planned Parenthood. StemExpress was paid handsomely for the service. O’Donnell said, “For whatever we could procure, they would get a certain percentage. The main nurse was always trying to make sure we got our specimens. No one else really cared, but the main nurse did because she knew that Planned Parenthood was getting compensated.”

Medical Director emerita of Planned Parenthood, Dr. Katherine Sheehan is also seen discussing the fetal harvesting role played by StemExpress. “We’ve been using them for over 10 years, really a long time, you know, just kind of renegotiated the contract,” she said on the video. “They’re doing the big government-level collections and things like that.”

Abortion is not about women’s health; it is about a selfish, warped worldview that exalts man above God. We must de-fund this evil as we work to raise awareness about the truth and anguish of abortion. So far, three videos have now emerged proving Planned Parenthood endorses this practice.

In the previous video, Mary Gatter, a senior official within Planned Parenthood and President of the Medical Directors’ Council, discusses the pricing of aborted baby body parts.

The question must be asked: if Planned Parenthood and most pro-abortion Democrats insist that a fetus is just “tissue” or “a clump of cells” inside a potential mother’s womb during pregnancy, why are they selling a baby’s heart, liver, or lungs? We should be sickened, but certainly not surprised by this agenda that justifies the murder of the unborn under the guise of “choice.”

Describing how they crush an unborn baby’s skull in order to keep valuable organs intact, Planned Parenthood’s senior director of medical research, Dr. Deborah Nucatola, was shown in the first video also discussing the sale of fetal body parts as she ate lunch and sipped her wine. She estimated the fees to be from $30 to $100 for providing aborted parts to medical researchers.

David Daleiden from the Center for Medical Progress is part of a nearly 3-year-long investigative journalism study, “Human Capital,” and accused Planned Parenthood in Los Angeles of criminal behavior, saying the organization “has been involved in selling the body parts of the babies that they abort for decades … they sell the body parts and they make money off of doing so.”

Though most in the liberal media have kept this story under wraps as much as possible, a response to the heavy criticism came from Cecil Richards, Planned Parenthood CEO. It is interesting she apologized for the tone of Deborah Nuctola, not for her words or for selling aborted baby body parts.

Sadly, Planned Parenthood is also lying to women by altering their abortion procedures in order to get baby parts that can be sold for profit. This is a serious legal and ethical breech, but since the left controls the media, will Planned Parenthood be held accountable?

According to their own report, out of total Planned Parenthood services for pregnant women, abortion makes up over 94%. It has also been exposed that Planned Parenthood has abortion quotas, and they give out 1.5 million emergency contraception kits (known to cause abortion if fertilization has already occurred) every year. About 46% of all funding (a half billion dollars!) received by Planned Parenthood comes from generous taxpayers. Get more facts here:

Abby Johnson wrote an open letter to Dr. Nucatola. Johnson has some special insight, having run a Planned Parenthood clinic. “I used to be just like you,” she wrote. “My former clinic used to harvest fetal body parts … all of the blood, body parts, and extra tissue would be collected into a glass jar.” Johnson added this: “After a grueling abortion day, we would all go out for margaritas and talk about harvesting fetal parts as if we were talking about harvesting a field of corn.”

Buried in history is the fact Planned Parenthood’s founder, Margaret Sanger’s agenda was to eliminate minorities, the “unfit” and to “produce a race of thoroughbreds.”

Finally, Planned Parenthood may be a so-called “nonprofit” organization, but they are certainly not “non-partisan” as they rally millions to vote for pro-abortion candidates. In fact, they spent over $15 million on the 2012 election including $8 million in ads attacking Mitt Romney.

Who will speak up? Federal law requires that no alteration in the timing or method of abortion be done for the purposes of fetal tissue collection (42 U.S.C. 289g-1). Though a majority of citizens oppose Planned Parenthood which should affect how people vote, I am not holding my breath.

But what about Christians? Will we repent of our idolatry – those ‘professing’ believers who vote Democrat no matter what – and will we stop endorsing sin by supporting a political party that has devalued life?

If God’s people do not act, then who will? Christians have allowed the moral anchors of America to be moved. As salt and light in society, we must “push back the forces of evil and use the political tools at our disposal to advance and defend God’s justice and righteousness in public policy and law.” We dropped the ball, America, and we are now living with the consequences of our past silence. Where we go from here is up to us.

As for the controversial organization, “Preventing Parenthood” seems a more appropriate name. 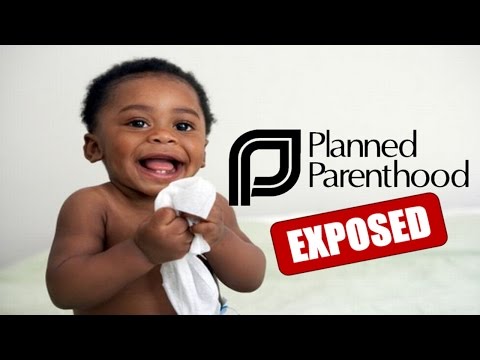 Judicial Tyranny and Dark Days in America
Are We Really Surprised by the Massacre in America?