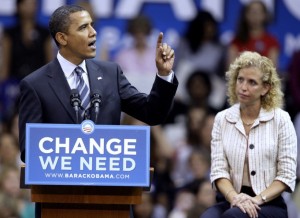 Some might wonder how Democrats can be so proud of their extreme position on abortion, but Democratic National Committee chair Debbie Wasserman Schultz just doubled-down, insisting there be no limits on when a mother can end the life of her unborn baby. We can thank Rand Paul for challenging her to justify “killing a seven-pound baby that is not born yet.”

Few remember when Planned Parenthood President, Cecil Richards said her kid’s lives “began when I delivered them.” On Wednesday, Paul stated, “Ask her when life begins, and you ask Debbie when it’s okay to protect life. When you get an answer from Debbie, get back to me.”

Abortion being a sacrament to the left as well as big business leading to millions of dollars in donations, Shultz reiterated the Democrat Party demands no limits on abortion, adding, “I support letting women and their doctors make this decision without government getting involved. Period. End of story.”

Most of us believe God creates every life in His image. This is not merely a social, financial, or political issue. It is a moral issue. Our tax dollars should not help fund something we know is sin and that we strongly oppose. The abortion business seems to help doctors and the Democratic Party leaving millions of women in anguish. They’ve done some excellent (read: evil) marketing through the years.

In other disappointing but not surprising news, the New York State Assembly just approved a bill allowing for abortion up to the moment of birth. Many “anti-lifers” refuse to defend their reasoning because they attempt to make a distinction between just inside and outside the birth canal. I would like them to logically explain how an unborn child who is one day away from his due date can be dismembered or shot in the heart with poison, but a new born baby can’t? Theirs is an indefensible position and yet, government, Hollywood, and the media generally defend the so-called right to choose.

Tragically, more black babies are aborted than born in the Democrat stronghold of New York City. Hispanics are not far behind as they account for 31% of all abortions in New York. Don’t you find it strange that in a liberal media claiming to support minorities, rarely does anyone address the truth? Roughly 78% of Planned Parenthood clinics are located in minority neighborhoods and inner cities. No one sees any connection between the eugenics, population control, and racism endorsed by Planned Parenthood founder, Margaret Sanger, and abortion policy today?

If you support abortion, but claim to follow Jesus Christ and identify as a Christian, please examine your worldview on the subject of life. Search your heart, particularly if you are a dedicated Democrat. You may find you have bought into progressive propaganda and have an inner contradiction needing to be dealt with. How can you defend the moral relativism in society today and yet profess faith in a holy God and trust in the Bible which promotes absolute truth?

Thankfully, more young people today lean pro-life and over 80% of American citizens favor abortion restrictions, but who seems to be winning this cultural battle? The extremists with the loudest voices have made progress and have the advantage, but they are not winning public opinion. Their agenda however, will continue to be forced on all Americans until more of us unashamedly preach the gospel and protect all life including the elderly.

When people sincerely return to faith in God or become genuine Christians for the first time, their worldview must necessarily change which affects their behavior and politics. Sure, we may win a few surface battles and pass more pro-life legislation which is good, but until we commit to praying and seeing hearts changed for Christ, the debate will continue to go back and forth.

Do you have a biblical Christian worldview and are you willing to speak and stand up for the most vulnerable among us? If your answer is yes, then your actions, politics, and words should line up with your faith, and you will make the only logical choice: life. 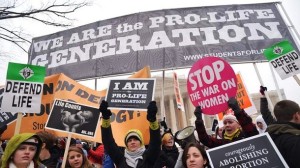 Symptoms of the America We Deserve?
Marriage Ordained by God, Redefined by the SCOTUS?